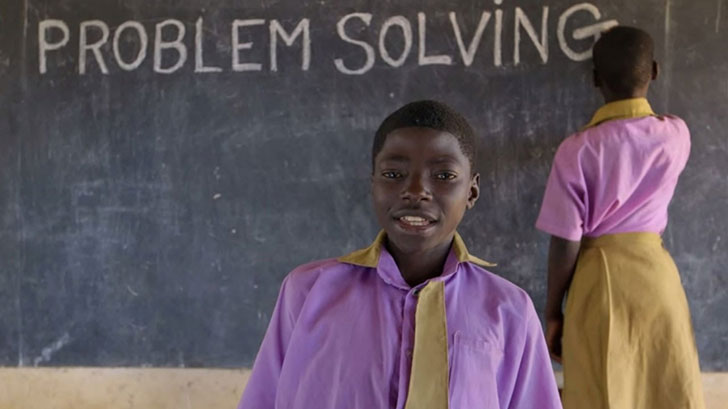 Darwin, the great naturalist proposed that in nature the strong will always prevail over the weak. Now, in his defense it has been argued that when he proposed the said theory, he meant it in relation to nature and evolution.

Eons later this theory has been modified to fit into the social and economic perspective. We now know understand this theory to mean “survival of the fittest” and it is from this theory that most of the horrifying tales of our history take shape.

Slavery takes the forefront as the earliest form of global social domination in relation to survival of the fittest. The justification for Slavery was that the black population was the inferior race and as such was not fit for anything else but to toil under the hand of the white supremacists.

When finally the Caucasian population decided to grow a conscience, time saw a new application of this theory. “Cleansing” based on ethnic, religious and cultural grounds started to take shape.

This was so effective that in Tasmania for example, a whole race of Tasmanian Aboriginals went extinct in the 19th century. In the same time line, Germany in the early 1900’s started an exercise where family lines were considered important and as such, citizens of Germany who had “imperfections” like alcoholism, epilepsy and blindness among others would be sterilized so that such genes could not be passed on to the future generation.

Adolf Hitler took it a step further and with the help of the Gestapo decided that the Jews were an impure race and needed to be expunged. Ironically, the Jews share the same sentiments about their neighbors the Palestinians. Such extremism has taken root in other countries like Rwanda, Australia, Turkey, Russia and more recently Sudan.

Social domination by those considered strong has resulted into catastrophic consequences for those considered “weak”. Putting aside the obvious implications that have resulted from slavery and genocide, I find it necessary to look at the “lesser evils”.

It is a perplexing thought to fathom why most of the countries colonized by the British still live in debt and poverty and yet, Britain continues to prosper.

This confusion stems from the observation that at the time of colonization, the same curriculum in Britain was the one transported to colonies lock, stock and barrel.

The NRM government must be applauded for the commendable emphasis and subsequent improvement of the literacy rates in Uganda. However, the current curriculum is still less practical and this has in turn caused educational stagnation.

Those few that have broken free from their limitations have in turn become the modern day slavers and caused the continuance of this treacherous cycle.

Creativity is a rare characterization so much so that even with a university degree, one will only seek to look for a job rather than create one.

We can only speculate as to what could have happened along the way. Did the “stronger” colonialist learn to adapt and changed their education system to make it more practical and not tell their former colonies? I am as baffled as you are.

Education has changed the world only as far as the media has portrayed it to be. However, it would be erroneous of me to attribute lack of growth in third world countries solely to the lack of quality education.

Countries like Japan, China, Singapore and even Botswana have managed to overcome and adapted to reach where they are now. So such success stories seem to suggest that strength isn’t in the physical but in relation who is best suited to adapt and out maneuver.

Chimamanda Adichie, has shared her thoughts on a wide world phenomenon she terms as having a single story which relates to stereotypes. The stories written about African countries for example are those of war and abject poverty.

It amazed me while pursuing my LLM in Wales, that in my interaction with Welsh nationals, it always came as a surprise to them that I was eloquent in my diction.

Such stereo typing according to Adichie, cannot be blamed on an individual but rather on the information that individual has been exposed to.

Adichie believes that the more you write about something, the more that something becomes a reality. Education in most African countries today is such that it does not seek to develop the individual but rather to enslave him to his stereotype.

It is interesting that while I was in school, the triumphs of people like Napoleon and Stalin were taught with such imagination and oomph but the toils of the Mau Mau in Kenya or Kabalega in Uganda and other great men of their time are portrayed less colorfully than their European counterparts.

It is unfortunate that a Ugandan scholar should learn about Napoleon and French history and a French scholar will not be schooled on the Kabalega defiance or even the NRA liberation war.

It is high time we chose what story we would like to be associated with.