Electioneering and Extremism in the Digital Age 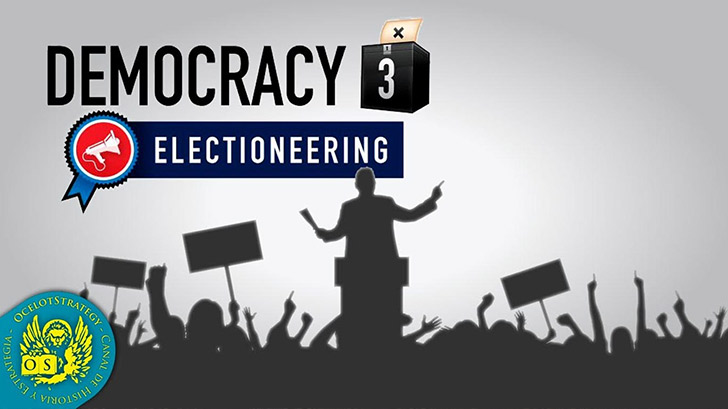 The Collaboration on International ICT Policy for East and Southern Africa (CIPESA), under the OpenNet Africa initiative, will from 28 – 29 September 2015, host the Forum on Internet Freedoms in East Africa.

The two-day Forum which will coincide with the International Right to Know Day, will bring together human rights defenders, journalists, government officials, academia, bloggers, developers, the arts community, law enforcement agencies and communication regulators; all of whom will discuss the current state of internet freedoms in Africa, including threats, emerging issues, and opportunities for action to promote access, privacy and security online.

The key discussion, will be the issue of electioneering and the intersection between internet freedoms and hate speech.

The advent of the digital age has helped electioneering by making it easier for political candidates to reach potential voters en masse.

However, this has not come without consequence. As some use the internet to disseminate their political views, others have used the opportunity to express their opinions in ways that incite hate and possibly violence towards a person or group of people who may be linked to a political candidate by tribe, race or religion.

The difficulty arises in striking the balance between freedom of expression and enforcement of policies/laws to counteract and mitigate hate speech. This problem becomes all the more pressing and salient in deeply divided societies that have a history of cultural or religious conflict.

During the 2007 Kenya election, online hate speech was considered as a key proponent of the violence that claimed the lives of over 600,000 Kenyans.

Hate speech also undoubtedly fueled the 1994 Rwanda Genocide where perpetrators of hate speech used mass media to dehumanize the Tutsi ethnic group through the use of derogatory metaphors. Indeed, the UN International Criminal Tribunal for Rwanda found that mass media hate speech can constitute “genocide, incitement to genocide, and crimes against humanity.”

In such contexts and in fragile environments, political candidates are able to politicize longstanding socio-economic inequalities that summon deeply entrenched feeling of injustice, domination and persecution towards certain demographic and social groups, with the ultimate objective of perpetrating systematic, targeted and widespread violence.

Clearly, the threat of hate speech to political stability is real and requires serious attention from governments and key stakeholders– all of whom play a key role in informing law and policy.

Countries such as Kenya, are moving in the right direction where drafters of the new constitution made explicit reference to the problem of hate speech and its role in fuelling the 2007/8 post-electoral violence.

It is imperative to draw a boundary between what should be tolerable or intolerable. There is a need for more clarity on what circumstances political messages of condemnation, insult or scorn can be rightfully categorized as messages of persecution and human degradation.

The Context in which offensive words are spoken also helps in determining whether they amount to hate speech. In the case of deeply divided societies, longstanding historical and social currents have often led to entrenched inequality and communal violence.

In July, 2015 a forged letter allegedly written by President Museveni to former Libyan President Col. Muammar Gaddafi in 2010 informing him about his (President Museveni) political intent to sideline Bakiga politically was circulated on WhatsApp; a popular social media platform.

President Museveni responded with a stern statement denouncing the letter and castigating its authors, describing them as “Abatemu”, “Abanyaanda” and “Abazigu” (criminals, opportunists and enemies).

Rather than utilizing a more radical approach like say enforcing a ban on the use of WhatsApp, President Museveni instead opted for counter-speech which is seen by UNESCO (United Nations Educational, Scientific and Cultural Organization) as a more preferred option to defusing hate speech.

Ultimately, there is still a glaring need to address the issue of hate speech and debate on this controversial subject is definitely a step in the right direction.