E-Commerce and Consumer Rights: Applicability of Consumer Protection Laws In Online Transactions In UgandaKenneth MuhangiMay 13, 2018May 16, 2018 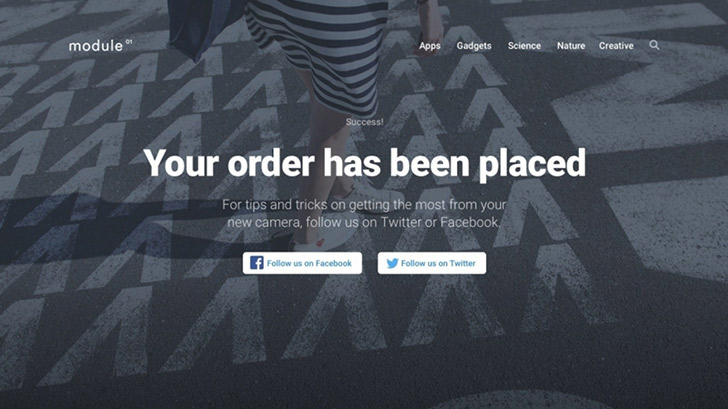 Uganda in the recent years has been experiencing an exponential boom in e- commerce. New e-commerce websites have sprung up almost over night and proliferated the market. This increase, facilitated the need for consumer protection laws in the Online sphere; in the form of the Electronic Transactions Act 2011, the computer misuse Act & the Electronic Signatures Act, 2011.

E- Commerce though not specifically defined in Uganda’s consumer protection legislation, is in general parlance defined as activities that relate to the purchase and sale of goods and services over the Internet.

E- Commerce websites like Jumia food & Jumia deals have revolutionized trade in Uganda not only for the traders but the consumers as well. Online traders have benefitted from transcendent borders for the sale of their products; the consumers of goods and services have been provided with the luxury of convenient & comparative shopping and also the fast, efficient & hustle free delivery of online purchases.

In Particular, The Electronic Transactions Act, 2011 essentially provides for the use, security, facilitation and regulation of electronic communications and online transactions.

The Act (together with the Electronic Signatures Act, 2011) also significantly provides for the legal recognition of electronic records & signatures; which guarantees effective enforcement of the rights of consumers, if infringed.

A point of concern, is that in the acceptance of e-contracts, there is a fundamental derogation from the principles of a valid contract like capacity to contract, among others. For example, because of the anonymous nature of online accounts, it is difficult to distinguish between a person competent to contract or otherwise when transacting online. This often results in minors, lunatics and other incompetent people entering into contracts that would otherwise have been illegal.

Also, is the issue of freedom of contract. Online users usually enter into contracts known as “click-wrap contracts”. Click-wrap contracts are entered into when a consumer assents to terms and conditions provided on a website or application by way of clicking on an “I agree” icon.

Usually, at the point of assent, consumers do not have the opportunity to negotiate the terms and conditions due to their impersonal nature. Thus, there is no other option, except, to accept the terms of the contract, if the consumer wants to proceed with an online transaction. This may be seen as a limitation to freedom of contract.

Another major concern is that surrounding the jurisdiction of cases in the event of a dispute. Essentially, one of the considerations for determining jurisdiction for purchases made online is where the contract was concluded i.e. where the cause of action arose.

However, things may become very complicated or impractical in case of online transactions as a consumer can access a website anywhere in the country. It is thus difficult, when instituting legal proceedings to clearly determine territorial jurisdiction.

E-commerce transactions are also clouded by the issue of data protection. The data that is made available online by the consumers is open to abuse and this is one of the major concerns that have emerged in the recent times.

Because there is no express legislation for Data protection, the terms of data protection are dependent on the contract that the parties have entered into. The disclosure and non-disclosure of data would thus depend on that contractual relationship or the existence of a privacy policy.

Privacy is also a major concern in e-commerce transactions such as online banking. Most banks in Uganda, through Bank of Uganda have tried to mitigate the risks caused by online transactions by providing for additional authentication/validation based on information not visible on the cards for all on-line card not present transactions.

Some of these measures include using Chip and Pin cards in the place of Magnetic strip cards as a fraud prevention measure. In addition, banks have introduced more consumer friendly methods of curbing fraud and promoting online privacy such as introducing SMS alerts for all online transactions and allowing the customer to block his/her card also via SMS in cases of fraud.

Overall, although laws like the Electronic Transactions Act, 2011 have made major strides in securing online transactions, future amendments if any, need to address the pre-existing issues especially in this ever-evolving online world.