Cybersquatting, domain names and their place in eCommerce and Uganda’s Intellectual property realm

Cybersquatting, domain names and their place in eCommerce and Uganda’s Intellectual property realmKenneth MuhangiMay 13, 2018May 16, 2018 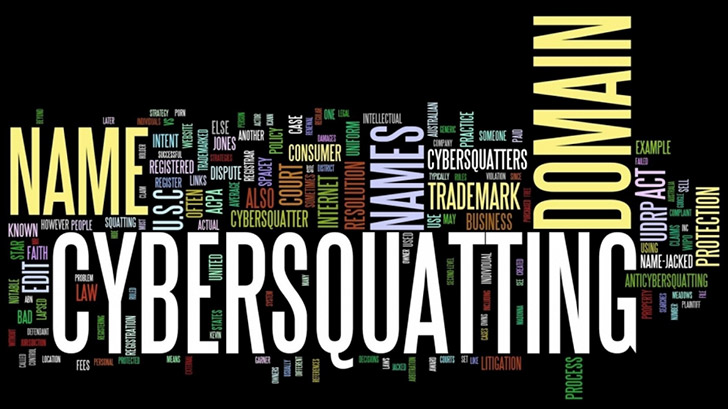 Trademark registration in Uganda, is governed by the Trademarks Act 2010 and accompanying regulations. The Act, does not expressly provide for registration of a Trademark for a domain name.

Under Section 4 of the act, only a graphically represented sign or combination of signs, capable of distinguishing goods or services of one undertaking from those of other undertakings, can be registered as a trademark.

In countries like the USA and the UK, domain names can be registered as Trademarks. In order to acquire a Trademark, an applicant would have to prove that the domain is being used for some some other purpose than for people to find and contact the applicant.

For example, the law firm of Signum advocates, would have a hard time registering www.signumadvocates.com as a trademark. It would have to prove that the domain is being used for provision of online legal services rather than as a point of reference for the services the firm offers and how to access the firm.

An applicant would also have a problem registering a generic name like food.com as a trademark. eCommerce websites, like eBay.com or Jumiafood.com would generally be able to acquire Trademarks owing to the distinctive nature of their domain names that become synonymous to the services they offer.

Allowing eCommerce sites to be able to register their domains, is imperative as it improves the businesses brand and provides comfort against Cybersquatting and typosquatting. Cybersquatting is the practice of registering a domain name similar or deceptively similar to an existing name. Usually, the name is registered with the aim of selling the domain name to that company or to post paid advertising links on a website at the domain name in order to profit from visitors looking for the Trademark owner or its business. Or maybe the registrant is a competitor seeking to divert customers to a business competing with the trade mark owner.

Typosquatting is a variation of cybersquatting where someone registers a domain name designed to benefit from typing mistakes made by internet users. This can involve registering / using a common misspelling of the target name / trade mark. Or a typical typing error.

In the USA, cybersquatting is illegal under the Anti-Cybersquatting Consumer Protection Act which defines cybersquatting as registering, trafficking in, or using a domain name with bad faith intent to profit from the goodwill of a trade mark belonging to someone else.

In Uganda, someone may have a case against a cybersquatter under common law or anti-competition laws like the Communications (Fair Competition) Regulations 2005 and the Communications Act 2013. Under those laws, if a telecommunications company like UTL for example, offering mobile money services, diverted traffic from XYZ’s competitors site, by registering the domain XYZ.ug, then XYZ would have a cause of action against UTL.

Under e-commerce, a business in Uganda whose site has been cybersquatted, may have a claim against the Cybersquatter if the Cybersquatter while registering the domain, agreed to be bound by a dispute resolution policy such as the ICANN Uniform Dispute Resolution Policy, also known as the UDRP. The policy, recognizes Cybersquatting and an affected party may be able to get redress by conducting arbitration outside Uganda.

A claimant may also have a cause of action in Fraud and passing off, as seen in the One in a Million Case, British Telecommunications plc and others -v- One in a Million Ltd [1999] 1 WLR 903, where the UK Court of Appeal held that registration of a domain name inherently like someone else’s name could amount to an “instrument of fraud”, a kind of passing off. The facts of the case were that one in a Million (the appellants), were dealers in Internet domain names, specializing in registering names identical or similar to the names of well-known companies without their consent. Domain names including Marks & Spencer, Sainsbury’s, Virgin, British Telecommunications and Ladbroke Group were registered by the appellants who wrote to the various companies whose name or mark featured in particular domain names, offering them for sale.

The UK Court of Appeal opined that, “the domain names were registered to take advantage of the distinctive character and reputation of the marks. That is unfair and detrimental”.

As an example of passing off, the judge considered the Marks & Spencer name. Anybody seeing or hearing the name connects it with the business of Marks & Spencer plc. So, if a person taps on his keyboard the domain name marksandspencer.co.uk, and sees the name One in a Million Ltd, it could clearly create a false representation constituting the common law tort passing of off.

Nevertheless, the appellants argued that mere registration did not amount to passing off and that M & S had not established any damage or likelihood of damage. The judges refuted such arguments by explaining that the registration of the domain name including the words “Marks & Spencer” was an “erosion” of the exclusive goodwill in the name which damages or is likely to damage M & S.

The judges came to a similar conclusion, for slightly different reasons, in respect of all the other companies involved (Virgin, BT, Sainsbury’s and Ladbrokes) and further held that the mere sale of a domain name, which is confusingly similar to a registered trademark, represents an infringement.

This case has been cited and used in various subsequent claims and has evolved to infer liability on a cybersquatter at the time of registration and before actual use of a domain name as was seen in another UK case, Yoyo.email limited and Royal Bank of Scotland Group Plc and Others [2015] EWHC 3509 (Ch). Consequently, a claimant may under common law, bring a successful domain name infringement claim in Uganda.

In the meantime, it wouldn’t be wise to register another company’s business name as a domain name as this may open you up to civil liability.